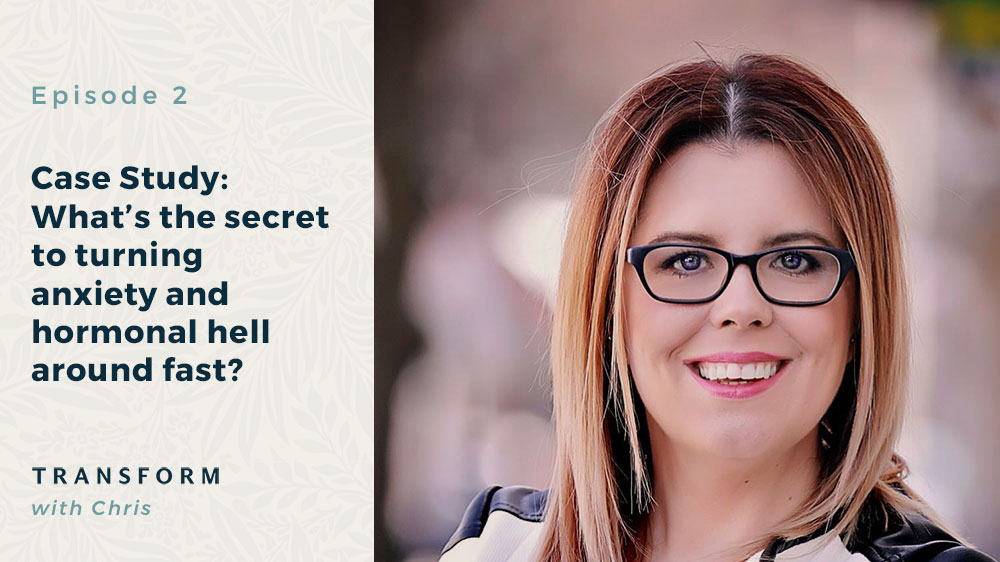 A lot of us with autoimmune disease deal with debilitating anxiety and hormonal imbalances. Is there a systematic approach to this? Is it solvable? Our guest today, Chris, is here to talk about how those problems got solved for her. Chris has her phone call with Dr. Yu’s team about ten weeks ago and shares with us what led her to make this phone call.

Chris introduces herself as a mother of two and a career woman. Looking back, she didn’t realize how one issue after another had compounded over many years. It started in her 20s when she had toxic shock, continued into her 30s when she had Epstein-Barr, and into her 40s when she was diagnosed with Hashimoto’s. She was at her wit’s end with visiting so many doctors and trying to figure out what was going on. She found Dr. Yu online, and saw that her approach was different than the other doctors she had seen. Chris decided to schedule a phone call with Dr. Yu, on which Chris asked, “am I ever going to feel better? Am I ever going to be the person that I was?”

Dr. Maggie answered that question by telling Chris that it isn’t even hard and that she knows exactly how to fix Chris’ life. Chris insists that the aspect that is different about this program is that Dr. Maggie isn’t telling people what to do, but rather helps people find the answers they are looking for. Chris knew what was wrong and just needed the tools to understand what the next steps were. She also needed to get the right mindset. Chris talks about how the food mapping that Dr. Yu assisted with was eye-opening because it caused her to realize that she can’t eat eggs: a food that she was eating regularly because she thought they would make her feel better. Two days after this discovery, she had already begun to feel better.

Chris says that her children notice the change in her too, making remarks such as “mommy, you are just so much more happier now.” Before enrolling in the program, Chris describes how she wasn’t ever in-the-moment. Now, she says that she no longer needs to let this disease take over her life. She further comments on how getting her stomach under control has allowed her to sleep soundly at night once again.

Dr. Yu asks Chris to share her thoughts on skepticism that is held by some people. Chris was very skeptic as well and tells us that she had spent more money on doctors, trying to figure out what was wrong, than making this investment in herself. She and her husband had to make the decision of if this program was what Chris needed, and her husband said that it absolutely was. It’s the best investment that they have made in a long time because Chris is enjoying life again.

Dr. Maggie often receives questions about what happens after the program. Chris teaches us that if you put the time in, do the lessons, and get in the right mindset, you will get into a habit and you will make changes. Chris says that she is fully confident that she will continue to feel better even though she has finished the program, with much credit going to the support group of other people who have completed the program and changed their lives.