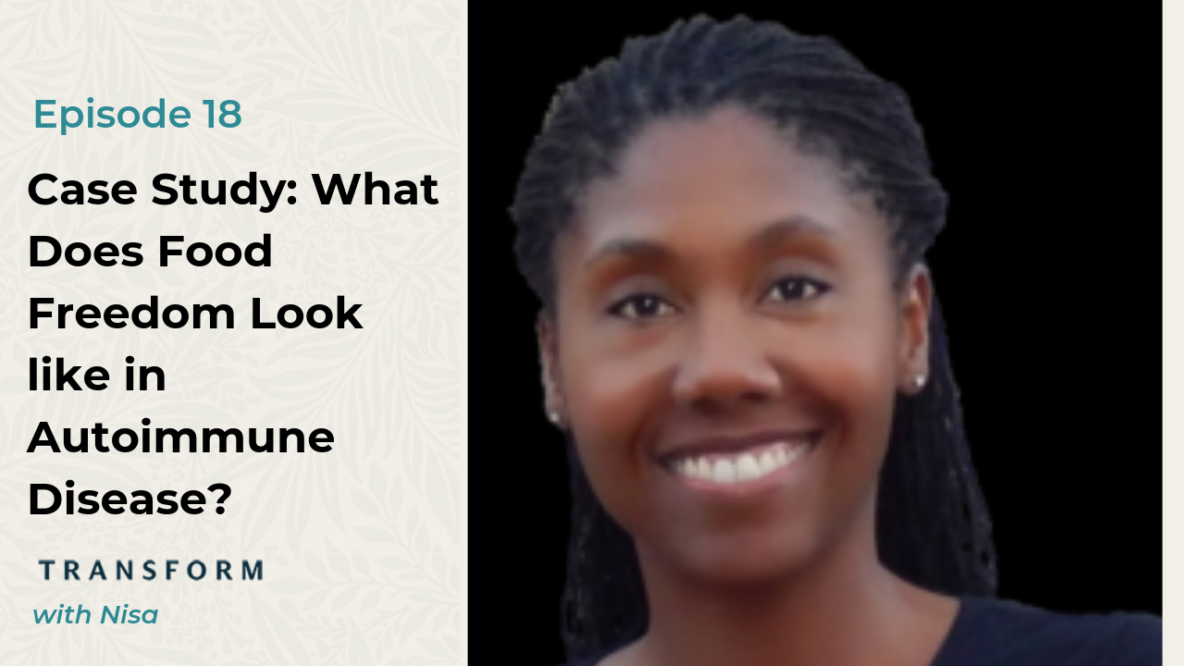 Transform with Dr. Maggie Yu
Case Study: What Does Food Freedom Look like in Autoimmune Disease?

We’re exploring the topic of food freedom today alongside Dr. Maggie Yu and Frankie Niwot, the functional nutritionist of the Transform Autoimmune Disease Naturally eight-week program. Joining them is Nisa, a student of the program who graduated about six months ago.

Before starting the program, Nisa thought she had various allergy issues. She had fired her allergist and started an autoimmune protocol which worked great but wasn’t sustainable. By the time she contacted Dr. Yu she was hungry, at her wit’s end, and looking for answers.

Frankie curiously asks Nisa what the most important change regarding food was that happened during the program. Nisa answers that in contrast to previous allergy tests that she had done which indicated she had no allergies, the tests in the program revealed some intolerances. This helped her identify foods that she could and couldn’t eat, allowing her to confidently add some foods back to her diet. A surprising piece of knowledge she gained was that she was allergic to fruit sugar but not fruit itself.

Thanks to the food freedom that she has because of Dr. Yu’s program, Nisa is able to try new things. She is more creative when preparing meals and has come up with some awesome recipes that her kids love. Lisa is excited that she can go out to certain restaurants and doesn’t feel like she is chained to her house anymore.

Nisa recalls that her eczema was horrible before the program, and she was too self-conscious to wear shorts or dresses that showed her legs. The eczema has entirely cleared, and another benefit Nisa has gotten from the program is the ability to concentrate again. We then hear about Nisa’s enjoyment of communicating with other people going through the program at the same time.

When asked about her return on investment, Nisa says that the program was so worth it. She would do it all over again and would not be where she is today if she did not make a commitment to the program.